BOOK LIST (to print) -- ROCKS
PICTURE BOOKS
♦   $   ​King Midas and the Golden Touch Retold by Charlotte Craft
Stunningly beautiful illustrations.
♦   $   ​Ming-Lo Moves the Mountain by Arnold Lobel
'Ming Lo's wife is angry. The couple live beside a big mountain which causes them no end of trouble. Shadows fall over their garden. Rocks fall through their roof. And it is always raining. "Husband," says Ming Lo's wife, "you must move the mountain so that we may enjoy our house in peace." But how can a man as small as Ming Lo move something as large as a mountain? Maybe the village wise man can help. This whimsical literary folktale is set in China.'
♦   $   ​Stone Soup by Marcia Brown
Three hungry soldiers outwit greedy villagers into providing them with soup. 1947 Caldecott Honor.
♦   $   ​Sylvester and the Magic Pebble by William Steig
'Sylvester can’t believe his luck when he finds a magic pebble that can make wishes come true. But when a lion jumps out at him on his way home, Sylvester is shocked into making a wish that has unexpected consequences. After overcoming a series of obstacles, Sylvester is eventually reunited with his loving family.'
♦   $   ​​There are Rocks in My Socks Said the Ox to the Fox
An ox gets himself into ridiculous situations made worse when he listens to the advice of his friend the fox.
INTRODUCTORY
N3   Stories of Rocks
♦   All About Earthquakes and Volcanoes by Frederick Pough (1953)On open library
♦   $   ​My Side of the Mountain by Jean Craighead Stone
Terribly unhappy in his family's crowded New York City apartment, Sam Gribley runs away to the solitude-and danger-of the mountains, where he finds a side of himself he never knew.
♦   Rocks All Around Us by Anne Terry White
Similar to All About Series.  Simple introduction to rocks.
♦   Rocks by Eva Knox Evans
There are several great rock books in this link.
♥   Stories of Rocks and Minerals by Harold Fairbanks (1903)
For the grammar grades
♦   The How and Why Wonder Book of Rocks
♦   The Story of Gold by Ruth Brindze
INTERMEDIATE
♥   Earth and Sky Every Child Should Know by Julia Rogers (1910)
Easy studies of the earth and stars for any time and place
♥   $   ​Journey to the Center of the Earth by Jules Verne
​'Journey to the Center of the Earth is a classic 1864 science fiction novel by Jules Verne. The story involves German professor Otto Lidenbrock who believes there are volcanic tubes going toward the centre of the Earth. He, his nephew Axel, and their guide Hans descend into the Icelandic volcano Snæfellsjökull, encountering many adventures, including prehistoric animals and natural hazards, before eventually coming to the surface again in southern Italy, at the Stromboli volcano.'
♥   The Geographical Story Briefly Told by James Dana (1875)
♥   The Strange Adventures of a Pebble by Francis Atkinson (1921)
He talks about evolution in this book, but with a ‘Mind and a Purpose’ behind it.
ADVANCED
♥   Brooks and Brook Basins by Alex Frye
♥   Diggers in the Earth by Eva March Tappan (1916)
The story of coal, oil, gold, silver, minerals, etc.
♥   ​Geological Sketches by Louis Agassiz  (1873)
Agassiz was a contemporary of Darwin and a well-respected Harvard scientist.  He disagreed with Darwin’s conclusions on evolution.  Here are fascinating observations for older students, including his theory of why the New World was actually the first Old World.
♥   History of a Mountain by Elisee Reclus
♥   Talks About the Soil by Charles Barnard (1887)
A book of observations and experiments.
♥   ​The Handbook of Nature Study by Anna Botsford Comstock (1911)
♥   The World’s Foundations or Geology for Beginners by Agnes Giberne (1883)
“We must ever remember that these two records, the story told in Genesis and the story told in the Earth-crust, proceed from the same Divine Author.  They do but give different views of the same grand realities.
♥   Town Geology by Charles Kingsley (1873)
​A great combination of Science and Faith. “No amount of book learning will make a man a scientific man; nothing but patient observation, and quiet and fair thought over what he has observed.”  He walks you through his observations in relation to the geology all around us.
♥   Water and Land by Jacob Abbott
ENRICHMENT 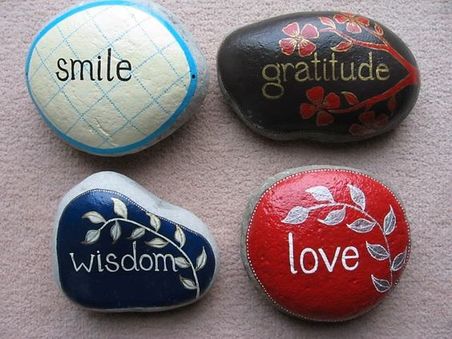 Pinterest Rock Crafts
MUSIC
It may be corny by today's standards, but I loved the movie, Journey to the Center of the Earth, when I was a kid.  I watched it every chance I could--which wasn't often in my pre-video world.  The 1959 version is the best by far! Scientific, no. Fun, yes.